The seeds that continue to grow MESA.

Lauren Augusta is the founder and Executive Director of the Multinational Exchange for Sustainable Agriculture (MESA), the first exchange program designated by the U.S. Department of State to promote sustainable agriculture. She has worked in sustainable agriculture and the nonprofit world for nearly three decades. During the 2020 pandemic, Lauren initiated the launch of MESA’s newest Agroecology, Farming and Food Pathways (AFFP) program which brings socially disadvantaged beginning urban farmers, gardeners and learners together for education and exchange. Lauren believes in the power of connection to create communities around healthy food and farming. 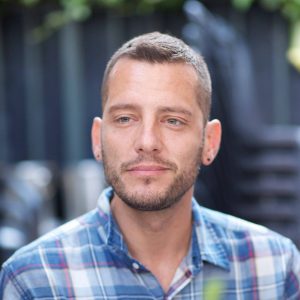 Before joining MESA’s staff in 2020, James was a Director at SMASH (formally the Level Playing Field Institute), a program of the Kapor Center for Social Impact in Oakland, California.  Through SMASH, he supported over 300 families and their young scholars of color to succeed in higher education and STEM careers.  James’ community development work is rooted by eight years of training at Seneca Family of Agencies, where he served as a bilingual behavior specialist (English/Spanish) and supported socially disadvantaged youth in areas of education, job training skills, professional development and rehabilitation.  Before joining the Chicano Latino Alumni Association at the University of California at Berkeley (UCB) CLAA Board in 2017, James received a Bachelor of Science from UCB in Conservation & Agroecology in Latin America.  He is also a scholar of the Minority Health & International Research Training Program, funded by the National Institute on Minority Health & Health Disparities, a fellow at UnSchool of Disruptive Design, an alumni of MESA’s Bay Area Farmer Training Program, and the current Director for Instituto Perucano, Centro de Innovación en Sistemas Alimentarios Sostenibles in Perú. 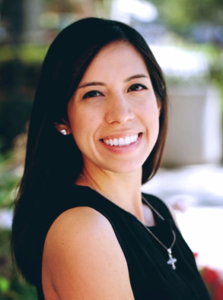 Frida Endinjok is a Global Health doctoral student at Oregon State University. She has a bachelor’s in Nutrition and Dietetics from California State University, Northridge (CSUN), which fuels her passion for sustainable food systems. She is part of the Zoom/Pandemic Class of 2020 with a Master of Public Health.

Frida was the Lead Instructor for the Agroecology, Farming & Food Pathways (AFFP) for CSUN Institute of Sustainability. She developed the “Let’s Grow Healthy” program that delivers hands-on garden enhanced nutrition education at local schools. She is experienced in community participatory research and nutrition-related community health education.

Frida loves gardening and especially upcycling places and items to turn them into beautiful urban gardens. Frida is an herbalist who believes that food is medicine. She is always looking for opportunities to use her voice to amplify the voices of the people we serve and make a change at the micro and macro level. 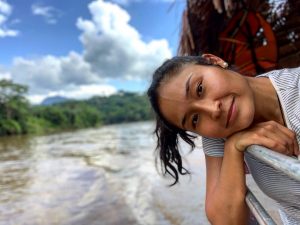 Maria Franco is the current LAC Representative for MESA’s International Exchange Program. She has experience in project development, applied research and technical assistance in the topics of Youth, Sustainable Food Systems, Coffee Value Chain and International Development. Maria has worked in multiple organizations at a local, national and international level for the promotion and the implementation of the Sustainable Development Goals. She holds a Bsc in Chemistry and a Masters in Coffee Economics and Science. Based in Peru, and is currently a MA candidate in Government and Public Policy with a focus on Sustainable Development and Social Inequalities in the Andean Region. Maria’s aim is to keep providing equitable and more inclusive opportunities along the Food Value Chain for the Latin American and the Caribbean continent.

Mollie has been working in cooperative development space for the past 15 years, with work in all levels of agricultural value streams including farmers cooperatives in the USA, East Africa, and Latin America, second tier marketing cooperatives, and consumer owned grocery co-ops. Eldest granddaughter of a family dairy farmer,  Mollie finds inspiration in elevating and empowering small holder farmers and has spent the last 5 years doing field work.  In addition to her regular work, she has served on National Cooperative Business Association's Farmer to Farmer program, training farmer groups in Senegal, Zambia and Peru.

Lauren Anderson
Lauren developed an interest in food and agriculture during her time as a geography and political science major at Bucknell University. She later went on to get a graduate degree in geography from Penn State, where the focus of her research was agricultural supply chains and stakeholder decision-making for farm-to-school programs. She now feeds her passion for agriculture through participating in an Oakland community garden and serving on MESA’s board of directors. Lauren currently works as a Program Manager for Environmental Defense Fund’s Oil & Gas Program.
Mary Collins

Mary Collins aka “Mary from Maryland” has worked with animals ranging from cattle to cheetahs. Working in wildlife conservation made her question its connection to sustainable agriculture, so she joined the Peace Corps to learn first-hand how people farm and eat. In Panama, she worked side-by-side with famers and families to implement sustainable agriculture techniques. She extended a third year to serve as Regional Coordinator, a role in which she served as a bridge between Peace Corps, local government agencies and communities. Currently she is getting a Master of Public Policy at University of California, Berkeley and plans to work with sustainable agriculture and environmental conservation.

Susan Coss is a long time marketing and communications strategist in the sustainable food and beverage worlds. She is co­founder of North of the Border Adventures, a media, events and consulting firm. Previously, she was the Director of Marketing and PR for CUESA, the organization that runs the world famous Ferry Plaza Farmers market in San Francisco. She was also a co­founder and former director of the Eat Real Festival, an annual food event in Oakland and Los Angeles CA that drew more than 250,000 people in its first three years. She was also part of the team that brought national attention to the “food movement” through Slow Food Nation. She has spent time in Mexico since 2003 and has established relationships within the food world all over California and Mexico. She has a degree in Agricultural Economics from the University of Wisconsin, Madison.

Scott Murray
A former MESA Host, organic farmer, and sustainable development consultant, Scott has 32 years of organic agricultural production experience in the United States and Mexico. Scott’s recent project experience includes the restoration and development of an organic agricultural project and education program on a 250-acre historic farm owned by the County of San Diego. Scott designed and built a 15-acre organic farm supplying the boarding high school on site and selling to the Whole Foods stores of Southern California. Scott has served as an elected California Conservation official for the last 12 years managing a $ 3.5 million dollar annual budget for conservation projects in North San Diego County. Scott serves as the president of the South Coast Resource Conservation and Development Council which covers two-thirds of California’s population. He has worked extensively on conservation projects with the National Resource Conservation Service in California. He specializes in farmland preservation projects utilizing Smart Growth Principles.
Bill Nunes

Bill’s entire working life has had some connection to the family farm. Childhood chores on the farm progressed to adult responsibilities and eventually Bill managed the dairy and walnut operation for the family. Meanwhile he ran a photography studio in Gustine for 30 years and spent short stints with the US Postal Service and the local newspaper.

As the family phased out of “conventional” farming Bill began growing and selling vegetables from about 2 acres carved out of the original family farm. Using regenerative practices, Bill has cut outside inputs to a bare minimum while reducing pest and disease problems. Contented Acres Produce operates a semi-weekly farmstand, and runs a small CSA.

Soon Bill will have a somewhat different experience to share with MESA stewards. Bill and his wife, Marybeth have moved a century-old farmhouse onto a city lot. While the original garden at Contented Acres Produce will continue, Bill will also be growing produce in a large backyard garden within the city limits.

Fill out the form below to join our mailing list
Submit
The form was sent successfully.
An error occured.